At 55 tonnes, the 'Vox Patris' church bell is the biggest in the world. It was made by Polish craftsmen and will be transported to Trinidade, Brazil next year, to the Basilica of the Eternal Father, which commissioned it.

'Vox Patris' (The Voice of the Father), weighing 55 tonnes, is more than 4-metres high and 4.5-metre in diameter, and was made of an alloy of copper (78 percent) and zinc (22 percent). Moving the bell requires the use of four specially designed cable engines, the biggest in the world. The bell is the work of specialists from the Jan Felczyński Bell Founding Works in Przemyśl (southern Poland), Metalodlew from Kraków (southern Poland) and the Rduch Bells and Clocks Works in Czernica, near Rybnik, (southern Poland).

More than 100 people were involved in making the bell. 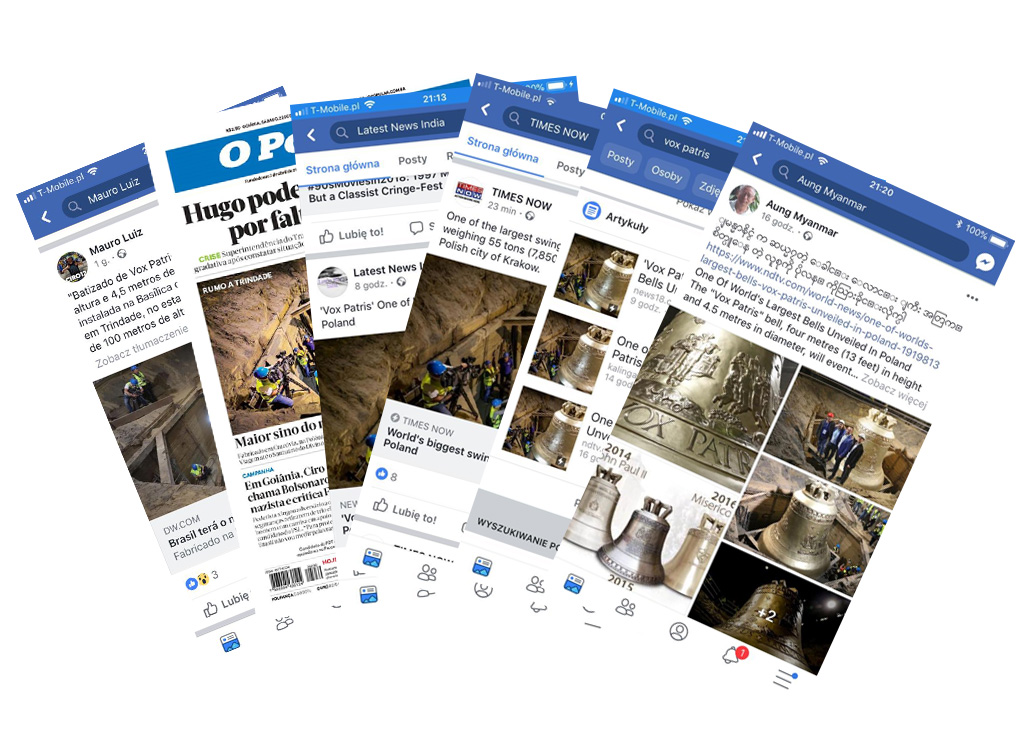 "Pouring the material into the cast is one of the most important stages of our work," Waldemar Olszewski from the Jan Felczyński Works explained. "It took about 12 minutes and incredible emotions accompanied it, all the more so as the first cast didn't work. It was important that the cast kept its pressure under the weight of the metal. After a while it turned out that the metal was in the cast and that was the crowning moment of our work."He added that until now, in the firm's 200 years, it has made bells of up to 10 tonnes - such as 'Blessed Władysław' at the temple in Warsaw's Ursynów district. "But the biggest challenge was making this colossus," he admitted.